Raju’s house was one of those kacha huts outside the town of Junagadh, Gujarat. The municipal water pipe line ran just on the other side of the muddy lane of Raju’s hut which they did not have access to. He used to see his mother and sister carry empty utensils to nearby hand pump to get water. They would then bring back those heavy water laded pots on their heads walking a minimum of 2kms every day.

He was an enthusiast, always bubbling with energy and new ideas. Since he was a keen observer he found that the water pump at the municipal water tap leaks some water (like a sprinkle) from the top behind the wall. He quickly pulled out a piece of his mother’s torn saree and attached it to the leaking water pump. Now the water was falling straight on the ground in the form of small droplets. He immediately placed his pot he bought from his house to collect that water. After hours the pot filled with water. Raju’s happiness knew no bounds as he rushed the water filled pot home for his mother. His mother eyes were sparkling with happiness and she ran out to express her happiness to other women in the neighborhood. Soon the news spread like forest fire and people started rushing to the newly found water access point to fill their pots.

The time taken to fill water was grossly overridden by the happiness of access to some water. Raju was elated seeing the people smile with his efforts. In India access to drinking water is the biggest concern and so many are badly affected. Piramal Sarvajal works to bring solutions to address the problems faced at beyond the pipe lines through their technological innovations. Join hands with us to bring a smile on someone’s face by providing safe drinking water.
Source 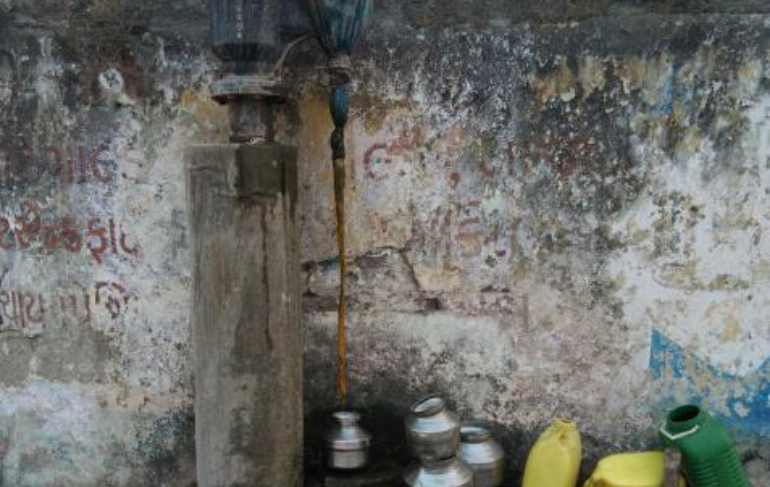